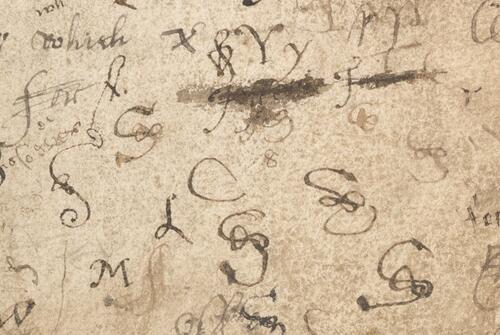 “Secretary hand” is the name for the dominant form of handwriting used by writers of the English language from the late 15th through the mid-17th century. This particular style was known as secretary hand because much of the work of writing was done by professional copyists, known variously as secretaries, clerks, scriveners or scribes.

This guide will teach you the basics of English secretary hand–enough to get you started as an independent reader of early modern manuscripts written in English. Topics include: the alphabet, difficult letters, abbreviations, numbers and money, pens, ink, and copy-text. The guide is written as a seven-day introductory course, with two quizlets and ten reading exercises.